Currently the abortion limit for abortions in Sweden is 22 weeks. The Cristian Democrats are asking for a review of the current abortion laws and are proposing lowering the limit on abortions to 18 weeks. This proposition has cause violent reactions throughout the Liberal Left Wing infested Swedish Government and even more harshly by Sweden’s Left of Center Media. Lowering the time a woman from a European Union State has to arrive at one of Sweden’s modern abortion facilities to just four and a half months from the more than five months available now is unacceptable. 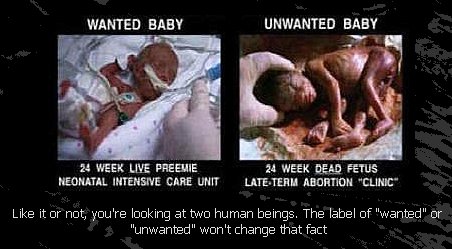 On the medical side, cutting the time down from five to four months to kill a baby might force Sweden’s European Union Abortion Service (SEUAS) , to periodically add more staff during seasonal peak times of year. With more time the Swedish European union Abortion Service could offer various packages that would be attractive throughout the year and greatly reduce the burden of those seasonal abortion rushes. The possibility of using the standard travel practice of double booking as is commonly done with other Scandinavian Travel Packages is sure to be rejected as added liability insurance might not make Sweden’s European Abortion Tourism attractive throughout the European Union. Women being bumped from an overbooked Abortion Tour to Sweden might also have cause to take legal action against Swedish Abortion Tour Operators (SATO), through the EU Courts, not just for the Cost of the Swedish Abortion Tour but also for assessed or perceived damages.

Hillary in favor of Sucking Out the Brains of Babies