Sweden, a land of self-delusion

Friday’s Inside Sweden had a segment introduced as: “A Tale of Two Cities – well almost. We look into the difference between two migrant Somali communities. One in Sweden and the other in what is often called the â€little Swedenâ€ of the US – the Midwestern state of Minnesota.”

In the beginning of the 1990â€™s Somalis were fleeing their country due to a civil war. Around 20,000 came to Sweden, an equal number landed in the Midwestern American state of Minnesota, an area where Swedes emigrated to in the mid-19th century. More than 15 years later the Somali community in Sweden remains one of the least integrated groups in the country while in Minnesota the Somali community is going from strength to strength.

It seems Sweden feels guilty about the lack of success of the Somali community within Sweden. Sweden feels so guilty and has for some reason built up envy of what they feel is the highly successful Somali community in the USA. As a followup to his three city lecture tour, Benny Carlson, Ekonomihistoriker och fÃ¶rfattare till “Somalier i Minneapolis â€“ en
dynamisk affÃ¤r” was interviewed by our very own SRI Radio Sweden, Inside Sweden 2007-09-14 (mp3). The segment begins at 5mins 20seconds and ends at about 18minutes 30seconds. During the interview you will here Radio Sweden interviewer Elisavet Sotiriadou speak with Ekonomihistoriker Benny Carlson(Assoc. Prof of History Ecconomics).

Elisavet asked: “Is it the Somali’s themselves that are to be blamed or is it the Swedish Government?”

In his response which I have paraphrased, Benny Carlson’s answer was: “Sweden is a well built and organized society, you have to adapt and obey the rules” Somali’s are almost organizational maniacs they like to organize their own community, that is something that is considered threatening to the Swedish society.”

Why doesn’t the Swedish environment allow Somali’s to succeed when Somali’s can succeed in America?

The Swedish Somali population of 20-25 thousand has only 30 percent employed.

Benny said: “They have to build their own community and feel safe within that before they can move on into the Swedish society, and that is exactly what’s happening in Minneapolis – there they are building their own structures, and then they are integrated.”

“Minnesota has been able to welcome the Somalis with open arms, because it has over a century long tradition of welcoming immigrants.”

This same Minnesota Somali model seems to be the goal for Swedish social engineers.

Like we need more problems with Somali’s in Sweden!

Timing is everything – while I was typing, Germany’s Deutche-Welle TV came on with a report and interview with Lars Vilks. The intro sounded pretty stupid. “With $100,000.00 price on his head Lars Vilks has been avoiding the press, here now is Lars Vilks.”

ROTFLMAO – Lars Vilks has been on multiple radio and TV stations every day!

Lars says: “I was trying to test how much tolerance there is in the art world”.

The Deutche-Welle TV reporter also stated that the editor-in-cheif of Nerikes Allehanda where the cartoon was published has also recieved threats and is now under police protection. The editor says “threats like these shouldn’t stop freedom of speech or expression, and I cannot say I have changed my mind because I am now the one being threatened it would be strange if I now sat and said that I was sorry”. The Deutche-Welle reporter then said (as images of Ikea and Ericsson passed by on the TV screen) “there was a sense of unease at many Swedish companies as the groups said they would also be targeted unless the Swedish Government apologized.”

Then the spokeswoman for The Swedish Muslim Council came on and said “It is wrong, it is against the law. It is morally and ethically wrong regardless of what time of year, but especially since it was made during Ramadan”.

At this point my wife looked at the name of The Swedish Muslim Councilwoman and said to me “Isn’t that the…?” before she could finish her statement I shook my head and laughed out loud with her. We had both realized that the Swedish Muslim Councilwoman Helena Benaouda in fact was the Swedish mother of the pregnant Swedish teenager, seventeen year old Safia who was released at the end of March, after being held by Ethiopia for suspicion of Terrorism in Somalia with three other Swedes(Somali Terror Suspects). Back in May of 2007 I did a post called Swedish Terrorists back home and have Explaining to do. The Swedish media was going crazy over four Swedes that were held on terror charges in Somalia and maybe even had been questioned and tortured by American CIA agents!!!! All we kept hearing was “The Swedes, The Swedes, the poor Swedes, and Evil America and the CIA are behind all of this!”

Who were these three Swedes that were held on charges of terrorism by the Ethiopian military? We have not been provided their names. How about we call them Sven, BjÃ¶rn and Ingemar. Two of the Terrorists held Swedish Citizenship and one had permanent residency. As a matter of fact we have a picture of the three Swedish Terrorists when they were released and sent back home to us in Sweden. Below is the picture.

In my experience if a building is on fire you get out. The people who run to the fire are the firemen. There must be a reason to travel to a country at war and go to the part of the country being run by Islamic Terrorist Warlords. We are so glad that darling pregnant Safia, the Swedish/Somali terror suspect is happy and home in Sweden with her mother the Swedish Islamic Council Spokeswoman where the condemnations of Fatwa’s against Lars Vilks, Ulf Johansson, and major Swedish companies during Ramadan can be issued. 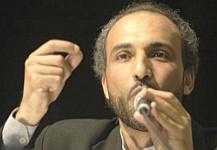 Helena, Swedish Islamic Council Spokeswoman is no stranger to our friend’s at Gate’s of Vienna. Back on Monday, July 10, 2006 they had an article called Tariq Ramadan in Sweden. I laugh as I re-read that “400,000-500,000 Muslims live in Sweden and there are millions of us throughout Europe. We can either focus on the few bad apples or we can look at the vast majority, the mainstream.”

With the spokeswoman being both the mother and presumably now Mother-In-Law of another freed Jihadi Terror suspect from Somalia, Tariq Ramadan is probably correct. “We can either focus on the few bad apples…”

So today we have Sweden tripping over itself to aide the Somali community to develop their own little community within Swedish Society just like in Minnesota. I can’t wait until the people leaving Arlanda airport in Stockholm are told they cannot bring their duty free alcohol or their seeing eye dogs into the airport taxi cabs. It is going to go over really well when a new Cashier is going to have to be called to the front of the ICA supermarket when some Swede wants to bring home some bacon.

Swedish Terrorists back home and have Explaining to do!

6 comments on “Sweden Tale of Two Somali Cities”Add yours →