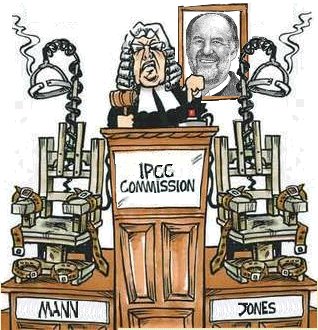 Still reading, no time for anything else just go to http://www.climateaudit.org/ and http://wattsupwiththat.com/

So far one of the most circulated e-mails from the CRU hack is the following from Phil Jones to the original hockey stick authors – Michael Mann, Raymond Bradley, and Malcolm Hughes.

1961 for Keith’s to hide the decline. Mike’s series got the annual

Thanks for the comments, Ray. 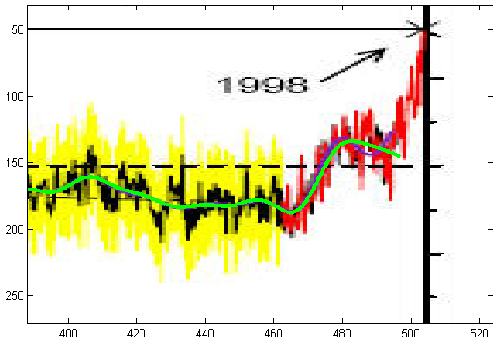 It seems no matter where you look, ‘hockey stick’ shapes pop out of data related to climate. Today, the most extraordinary day in climate science seen in quite some time, was no exception.

And, the day is not over. But honestly I’m too tired to continue. Thus I’m going to present the dataset gleaned today in raw form, but without the final endpoint. There’s no smoothing nor splicing of dissimilar datasets, but granted it is not a complete dataset. I’ll have complete data tomorrow.

Readers will recognize that even though the endpoint has not been established, the conclusion from the graph is clear. We are living in times of extraordinary data, never before seen. It’s accelerating, and worse than we thought.